Ballina Shire Council is improving safety, congestion and traffic flow through the roundabout at Angels Beach Drive and Bangalow Road.

Key features of this project include:

Road widening works on Angels Beach Drive and the new connection to the industrial estate via Sheather Street are now complete.

Sheather Street has been extended to connect with Angels Beach Drive and once opened will be left turn in/left out only (no right turn permitted).

The Sheather Street connection will open to traffic when line-marking and clean-up has been completed. 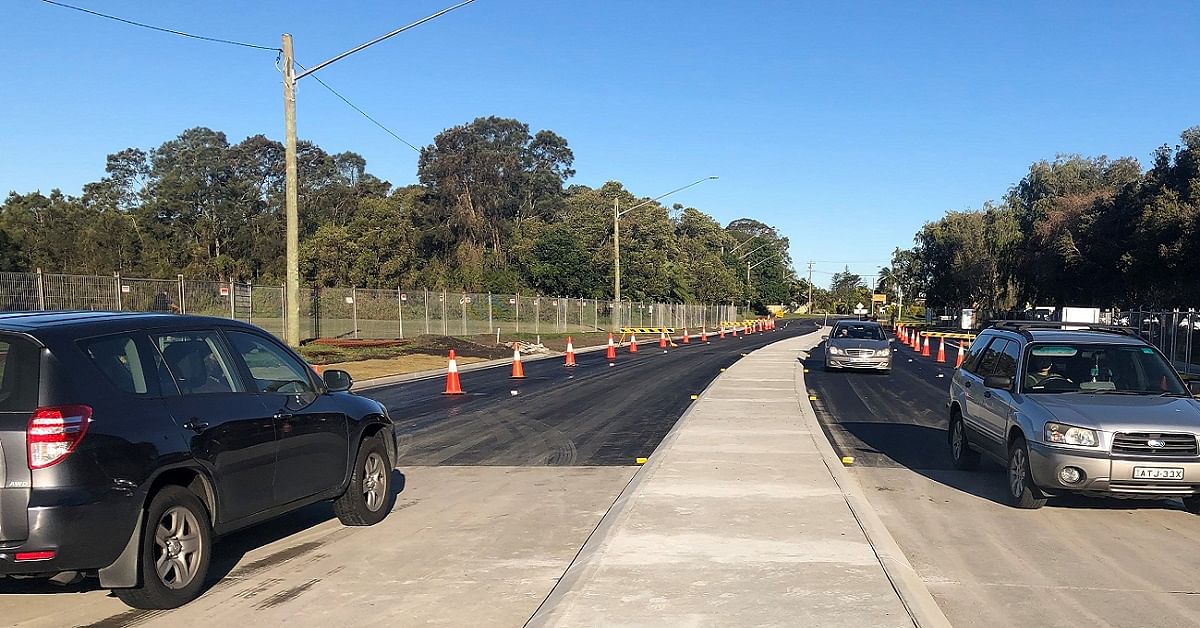 At this stage, one lane is open in each direction with dual lanes to open in late June once line marking has been completed.

Intersection widening works are continuing on Bangalow Road north, between Kerr Street and the roundabout, where two-way traffic is being maintained.

Dual lanes will be constructed in this section and a new central concrete median. When these works are complete the Bangalow Road/Clark Street intersection will become left in/left out only (no right turn).

Council sincerely thanks local businesses and residents for their ongoing patience as these works are carried out.

The entire project is expected to be completed in July 2022 (weather and site conditions permitting).

During the works residents should expect: