Cr Sharon Cadwallader was elected to Council in March 2004, and elected as Mayor in December 2021. 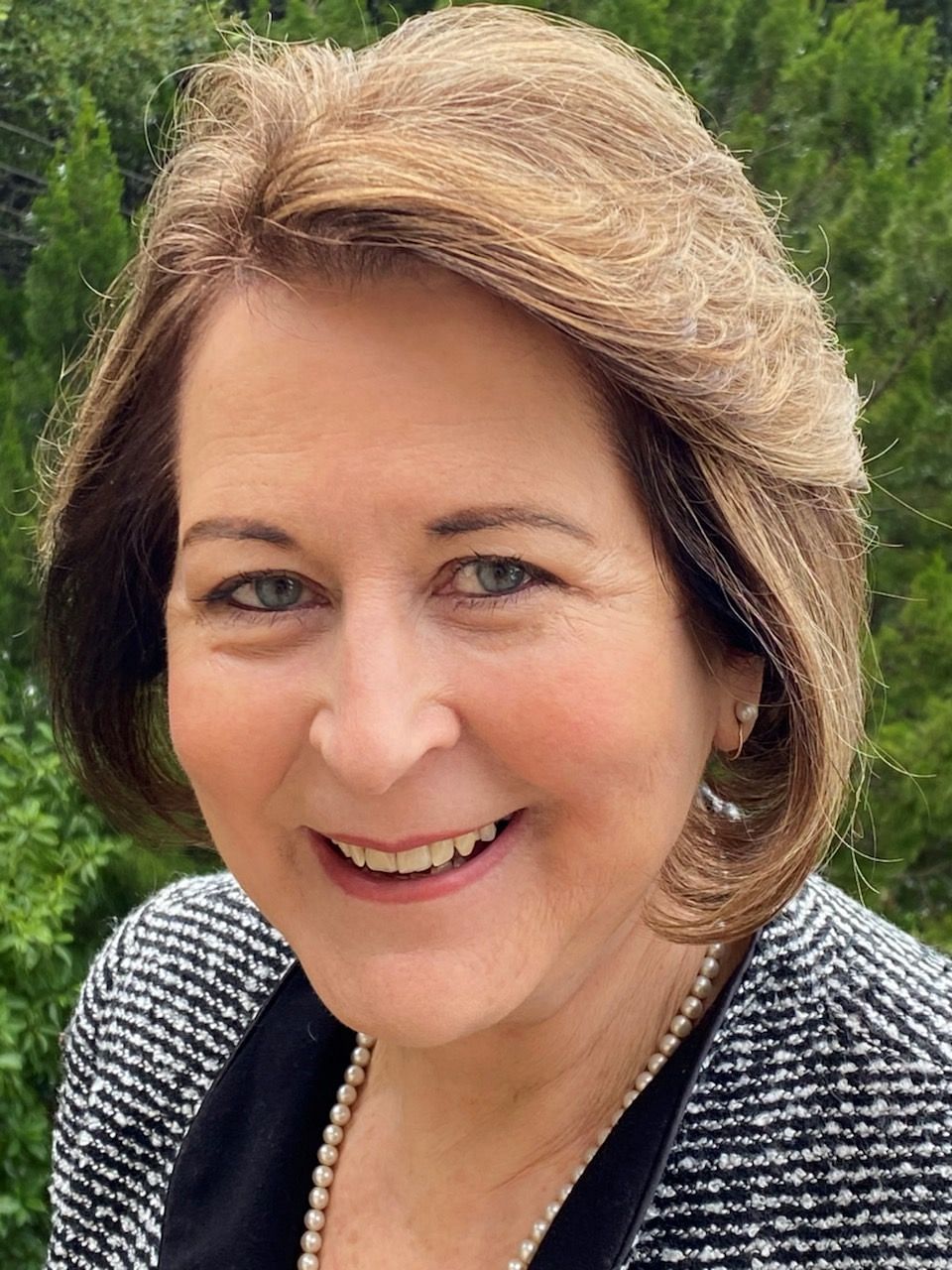 She is a current company director, Justice of the Peace, Registered Civil Celebrant, Chairman of the Australian Coastal Councils Association, Chairman of B Ward Committee, Deputy Chairman of Rous County Council, Delegate for Lennox Head, Ballina and Alstonville Chambers of Commerce, Ballina Maritime Museum and FNC Rural Fire Service, and a customer advocate on NSW Customer Council for Essential Energy (17 years).  Sharon is a past director of Summerland Credit Union and past Regional Manager of Northern Rivers NSW Business Chamber. Accreditations include Dental Nursing, Marriage Celebrant, Marketing and Management and UTS Executive Certificate in Local Government.

Sharon has represented the community in the local area on many committees. Some of which include 15 years with Essential Energy on the Customer Council, Chairman of the Richmond Tweed Regional Library, B Ward Chair, Ballina, Alstonville/Wollongbar and Lennox Head Chambers of Commerce delegate.

Sharon is very interested in affordable, accessible housing, protecting and enhancing our lifestyle and the natural beauty of our area with a focus on preserving our heritage, the beautification of our town and villages and provision of more walkways and cycleways, as well as creating jobs, through sensible, sustainable economic development. Working regionally is also seen as very important to ensure the best value for money for ratepayers ensuring equity of State and Federal grant money.

Sharon realises the importance of making it simpler to deal with council by removing layers of bureaucracy and having a “Can Do” culture which provides the best outcome for the environment, including climate change and mitigating against the impacts.

She is married to Bruce and they share five children and 11 grandchildren with three generations living in Ballina Shire.

Her open for business policy encourages input from the community, preferably by text or email.

Councillor Meehan was first elected to Ballina Shire Council in 2016. This is his second term representing A Ward and Ballina Shire. He is a long term Ballina resident with four generations of his family living here.

Phil had a career as a PDHPE Head Teacher, High School Deputy Principal, Education Consultant and Regional Equity Programs Manager with the NSW Department of Education. He is currently semi-retired, operating a Bed & Breakfast with his wife Susan and is also a Director of The Ballina Jockey Club.

Councillor Meehan is an active sportsperson with surfing, walking our coastline and mountain biking his passions. He is dedicated to maintaining and protecting the natural environment of our coastal zone.

As a Councillor, Phil believes that working hard to represent the Shire's residents in a responsible, informed and equitable manner is paramount to his role. He is very focused on Council working within its means, providing quality core services and maintaining "what makes Ballina a great place to live."

Rod Bruem was elected to Council in 2021 after a career spanning five decades in media, business, agriculture, politics and the community sector.

Coming from a dairy farming family, Rod began his career in country newspapers before moving into radio and television news in companies including Prime7 and the Nine Network in Sydney.

He entered politics in 1996 as Chief of Staff to Federal independent MP Peter Andren, later becoming an advisor to Ministers in the Howard, Turnbull and Morrison Governments, covering diverse portfolios including immigration, industrial relations, small business, environment and heritage.

Moving to the Ballina hinterland in 2014, Rod became more involved in environmental and community work, restoring riverbanks, tree planting for koalas and rebuilding a wetland for migratory birds. He is a co-founder of Richmond Rivers Rescue, a community lobby group established to fight more funding to rehabilitate local waterways. He has also been active in community radio as a member of the team at Ballina’s Paradise FM.

Councillor Steve McCarthy has been a local of Ballina since 1974. This is his second term representing A Ward and Ballina Shire.

“I came to Ballina when my family purchased a bakery in River Street and did my four years of high school here. I can recall being cut off from home when high seas crashed over the old Missingham Bridge.”  After high school, Steve joined the family business in Ballina and, together with the family, opened a second bakery business in Alstonville, trading for 35 years. He is now semi-retired. Steve has three beautiful young adult children. Dedicated to lifelong learning, Steve has completed a Diploma of Sport Development and a Diploma of Web.

Steve is committed to Ballina Shire and will work hard to create and maintain a healthy local environment while promoting small business and cultivating the ideas and growth necessary to sustain a positive future and increased opportunities for Ballina Shire residents.

As a student of ‘sport’ (which teaches many life skills), Steve is committed to listen intently to the whole community and will work hard to maintain the best balance going forward.

Cr Jeff Johnson was elected to Council in 2008. He is a business graduate from Southern Cross University and has worked in management and small business for a number of years.

Jeff stood for election because he believes it is important that Ballina Shire Council is proactive as well as reactive in responding to the economic, environmental, cultural and social needs of the Shire. Addressing climate change, expanding our cycleway network, cleaning up the Richmond River and establishing a kerbside green waste collection are some of the many issues he believes are important.

Jeff intends to work in partnership with other Councillors, as he believes mutual respect, teamwork and cooperation get better results than conflict and opposition. Jeff supports the principles of environmental sustainability, social justice, non-violence and grassroots participation in government and intends to uphold these principles in his decision making. He will work closely and cooperatively alongside local people and businesses in order to represent them on Council and achieve positive outcomes for Ballina Shire.

Kiri has spent most of her life living and working on Bundjalung Country in Lennox Head. Her career has been dedicated to working in the social and community services sector in a diverse range of roles and contexts, including case management, community development, policy analysis and management consulting.

She currently works as a freelance consultant providing technical advice on social inclusion and social impact measurement to a range of government, private sector and not-for-profit clients in Australia and the Pacific region.

Cr Eoin Johnston is serving his second term as a Ballina Shire Councillor.  He lives at Rous on the Alstonville Plateau. Eoin has a diverse history and left school early to become an apprentice building tradesman on Sydney's northern beaches. Travel followed as did a variety of jobs including seismic surveys in North West Australia and West Africa and underground mining in Queensland and Canada before he returned home to resume his trade.

Eoin and his wife Christine built their home on a small farm at Rous in 1976 and remain there today. They have three children and five grandchildren.

Later in life Eoin started studying law by correspondence while still working as a tiler by day and ultimately became a Barrister in 1998. He is proud of his input with both his family and his community and has the honour of being awarded five life memberships. Prior to Covid-19 Eoin was the Judiciary Officer for NSW Country Junior Rugby Union. Eoin is still an active patrolling member of Ballina Surf Lifesaving Club, something he had commenced at South Narrabeen in late 1960. His days in "retirement" are busy with Council, family, farm work, staying fit and writing a book. He has visited over 70 countries and, should our world ever return to "normal", is keen to get about, but mostly in Australia.

Simon Chate lives in Alstonville with his partner, Shirley, for the past 20 years. They love Ballina Shire. They love the warm and friendly community, the easy-going lifestyle and spectacular landscape.

As well as being a family man, Simon is a musician, a choir director and music educator. He has had extensive community interaction through his role as a teacher at Alstonville High School where he has been in a position to affect change through his membership of the school P & C committee. Simon is also a member of the Rous Mill Hall committee and the Summerland Toastmasters Club.

Simon has extensive national and international performance experience having sung tenor 2 with acclaimed SCU group, Isabella A Cappella for almost 10 years, and since 2004 he has held the position of musical director for Coolangatta-based entertainers, Men Wot Sing.

Since 2012, Simon has taken strong leadership roles within the community, both through the creation and running of Alstonville’s community choir, Awesome Voices, and through co-founding and organising the monthly, fund-raising community performance event, Rous Unplugged, which has raised over $30,000 for local charities and causes.

Simon feels passionate that protecting our environment (an ultimately finite resource) is of the utmost importance and he joined the Greens in 2019. He feels that environmental factors are too often given insufficient consideration or are dismissed outright. He believes we need to find the right balance in addressing the climate emergency and protecting our environment whilst facilitating our community’s continued growth and change in a sustainable, family-friendly, and culturally sensitive way.

As well as providing infrastructure and recreational facilities, Simon believes Council must look at increasing the availability of longer-term rental properties and find a way to make local housing more affordable. Simon is also keen to ensure transparency around big decisions in Council and straightforward access to community consultation.

Election results for A Ward, B Ward, and C Ward were announced by the NSW Electoral Commission on 22 December 2021 and can be viewed at https://vtr.elections.nsw.gov.au/LG2101/ballina/results

Ballina Shire is divided into three wards, A, B and C ward for election purposes. Three Councillors are elected from each of the three wards. From the 2008 election onwards a popularly elected Mayor is elected resulting in a total of ten councillors.

Details of the current ward boundaries are outlined in the following maps:

In accordance with the Councillor Expenses and Facilities Policy, detailed reports including expenditure summarised by individual Councillor are now publicly tabled at a Council meeting every six months and published in full on Council’s website.