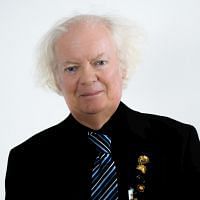 Cr David Wright served seven terms on Council representing 'C' Ward and is now in his eighth term as the current Mayor. David lives in Wollongbar and has lived on the plateau for 41 years. He is a school teacher at Alstonville Public School, teaching the gifted and talented class.

His particular interests on Council include a thorough representation of community groups and organisations; management of Council's land resources and businesses, and the planning for sustainable and efficient water, sewerage, road and stormwater infrastructure. 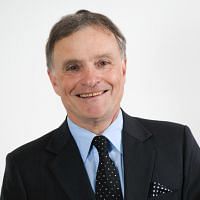 Councillor Phillip Meehan has lived in Ballina Shire since 1996. He is married to Susan, a former Ballina Councillor 2008 – 2016. Together they have four generations of their family living in the Shire.

Phillip is semi-retired after a career as a Physical Education Head Teacher, Consultant and Senior Education Officer in the North Coast Region. He has extensive experience in community consultation, needs analysis, strategic planning and local and regional implementation.

Phillip believes that responsible decision making for future generations is vital for all Councils. He is supportive of the ongoing development of Ballina Shire; tourism, retail, hospitality, community services, residential, sporting, agricultural and appropriate industry.

Phillip values the natural environment and physical beauty of Ballina Shire. He has surfed the beaches here since 1974 and will work hard to preserve and safeguard our coastal and hinterland environments.

Phillip understands the diversity of population, interests and needs across Ballina Shire. He believes that Ballina Shire Council does an outstanding job in the delivery of its core services but equally sees the importance of ongoing evaluation and innovation in regard to them.

Phillip is honoured to have been elected as one of your Councillors and will represent Ballina Shire residents to the best of his ability. 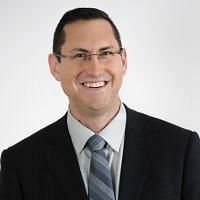 Nathan Willis is a local, having lived most of his life in Ballina Shire. It is where he attended high school, is pursuing further studies at our own Southern Cross University and where he works as a small business owner.

Nathan is committed to ensuring that we get the balance right in relation to our economy, environment and community.

Nathan is married to Sandra and together they have four children.  They, like all locals, know that the Ballina Shire is a truly beautiful part of the world to live and to raise a family in.  In partnership with Sandra, he is a local employer and knows only too well the challenges and opportunities facing small business in our Shire.

Nathan is a legal professional based in Ballina Shire. Prior to his career in law, Nathan worked as a Registered Nurse in Aged Care for several years.

As a Councillor, Nathan commits to work hard, listen to all community voices and make collaborative decisions that will be of benefit to all people in Ballina Shire. 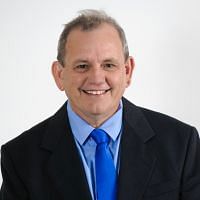 Councillor Steve McCarthy has been a local of Ballina since 1974.   “I came to Ballina when my family purchased a bakery in River Street and did my four years of high school here.   I can recall being cut off from home when high seas crashed over the ‘old Missingham Bridge.”

Steve has begun his first term as a Ballina Shire Councillor and is indebted to the residents of A ward and thanks them for their trust and for the privilege.

After high school, Steve joined the family business in Ballina and, together with the family, opened a second bakery business in Alstonville, trading for thirty five years.   He is now semi-retired.   Steve has three beautiful young adult children.   Dedicated to lifelong learning, Steve has recently completed a Diploma of Sport Development and a Diploma of Web.

Steve is committed to Ballina Shire and will work hard to create and maintain a healthy local environment while promoting small business and cultivating the ideas and growth necessary to sustain a positive future and increased opportunities for Ballina Shire residents.

As a student of ‘sport’ (which teaches many life skills), Steve is committed to listen intently to the whole community and will work hard to maintain the best balance going forward. 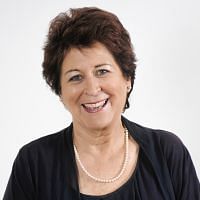 Cr Sharon Cadwallader was elected to Council in March 2004.

She is a current company director, Justice of the Peace, Registered Civil Celebrant, Tourism Accommodation owner manager and Vice Chairman of the Australian Coastal Councils Association.

Sharon is involved and has represented the community in the local area on many committees. Some of which include 15 years with Essential Energy on the Customer Council, Chairman of the Tweed Richmond Regional Library, B Ward Chairman, Ballina, Alstonville/Wollongbar and Lennox Head Chambers of Commerce.

Sharon is a past director of Summerland Credit Union and past Regional Manager of Northern Rivers NSW Business Chamber. Accreditations include Dental Nursing, Marketing and Management.

Sharon is very interested in protecting our lifestyle and the natural beauty of our area with a focus on preserving our heritage and the beautification of our town and villages. As well as creating jobs, through sensible, sustainable economic development. Working regionally is also seen as very important to ensure the best value for money for ratepayers ensuring equity of State and Federal grant money.

Sharon realises the importance of making it simpler to deal with council by removing layers of bureaucracy and having a “Can Do” culture which provides the best outcome for the environment, including climate change and mitigating against the impacts.

She is married to Bruce and they share 5 children and 11 grandchildren with 3 generations living in Ballina Shire.

Her open for business policy encourages input from the community, preferably by email. 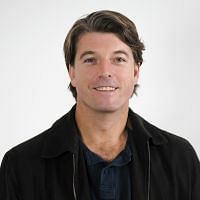 Cr Jeff Johnson was elected to Council in 2008. He is a business graduate from Southern Cross University and has worked in management and small business for a number of years.

Jeff stood for election because he believes it is important that Ballina Council is proactive as well as reactive in responding to the economic, environmental, cultural and social needs of the Shire. Addressing climate change, expanding our cycleway network, cleaning up the Richmond River and establishing a kerbside green waste collection are some of the many issues he believes are important.

Jeff intends to work in partnership with other Councillors, as he believes mutual respect, teamwork and cooperation get better results than conflict and opposition. Jeff supports the principles of environmental sustainability, social justice, non-violence and grassroots participation in government and intends to uphold these principles in his decision making. He will work closely and cooperatively alongside local people and businesses in order to represent them on Council and achieve positive outcomes for Ballina Shire. 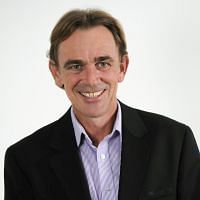 Keith Williams was elected to Council in 2012. This follows an extensive career in the non profit sector working for State and National peak bodies for community legal centres, mental health, palliative care and ecotourism. Keith also has management experience in local government in Qld and has worked as a professional yacht Captain overseas.

Keith moved to Ballina in 2007 to help run Australian Seabird Rescue with his wife, Rochelle,  following the sudden death of her father and local legend, Lance Ferris.  Keith is committed to continuing his work protecting local wildlife and is passionate about improving the health of our river and waterways.

Keith holds a Bachelor of Science degree from the School of Environmental Studies at Griffith University with majors in economics and public policy. He wants to ensure that the financial and economic benefits of continued population growth in the Shire are directed towards improving social, environmental and economic outcomes for the community and ensuring that public open space is protected and enhanced.

Keith is a proud dad who wants his young son to grow up in a community that remains a truly beautiful place to live. 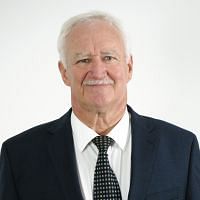 Eoin Johnston is serving his first term as a Ballina Shire Councillor.  He lives at Rous on the Alstonville Plateau and was elected by the voters of C Ward. He does, however, understand his responsibility to all the residents of the Shire and he campaigned with a mantra of independence and accountability.

Eoin has a diverse history and left school early to become an apprentice building tradesman on Sydney's northern beaches. Travel followed as did a variety of jobs including seismic surveys in North West Australia and West Africa  and underground mining in Queensland and Canada before he returned home to resume his trade.

He married Christine in 1972 and they moved to the north coast in 1975. They have lived on their small farm ever since and their three children attended Rous Primary school and Alstonville High. Eoin completed  his legal studies by correspondence while running his full time business and for the last 18 years has practised as a Barrister at Law. He has forty years of community service behind him and was  awarded Ballina Shire's Citizen of the year in 2009.

Eoin considers it an honour to have gained the confidence of his community and he is committed to listen well and work hard to maintain that position for the duration of his term. 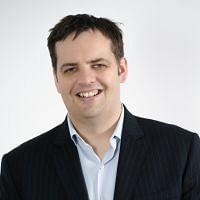 Ben Smith was elected to C ward in 2008. Since that time, there have been a lot of significant improvements achieved for the plateau and Ben is keen to see the good work continue.

Ben comes from a professional background in software engineering, having developed and released business software worldwide with Australia's largest software companies, and has a background in small business spanning over a decade, specialising in the fields of IT, systems integration and loyalty systems (primarily with the clubs and gaming industries).

Ben has a strong focus on innovation and works hard within council to drive new ideas, but also believes it’s important to maintain the core basic principals required for a successful council.

Ben comes from a family with rich local history and is passionate about maintaining the beauty and lifestyle that  Ballina Shire has to offer and is dedicated to long term sustainability of the shire, both environmentally and economically. 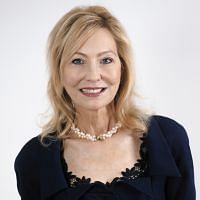 Dr Sharon Parry is a researcher in higher education who has lived on the Plateau for twenty five years. She brings to Council a knowledge of good governance practice and is passionate about evidence-based decision-making in her Council role.

Sharon has four children (all adults now) who grew up on the Plateau, so she understands the importance of our families being supported by their local Council.

Sharon is currently the Council's representative on the Northern Rivers Arts Board, and she takes her role as a Local Shire Councillor extremely seriously, always checking all information presented to her and following due process. You can be confident that Sharon will act with fairness, integrity, transparency and honesty.

In accordance with the Councillor Expenses and Facilities Policy, detailed reports including expenditure summarised by individual Councillor are now publicly tabled at a Council meeting every six months and published in full on Council’s website.

Ballina Shire is divided into three wards, A, B and C ward for election purposes. Three Councillors are elected from each of the three wards. From the 2008 election onwards a popularly elected Mayor is elected resulting in a total of ten councillors.

Details of the current ward boundaries are outlined in the following maps: